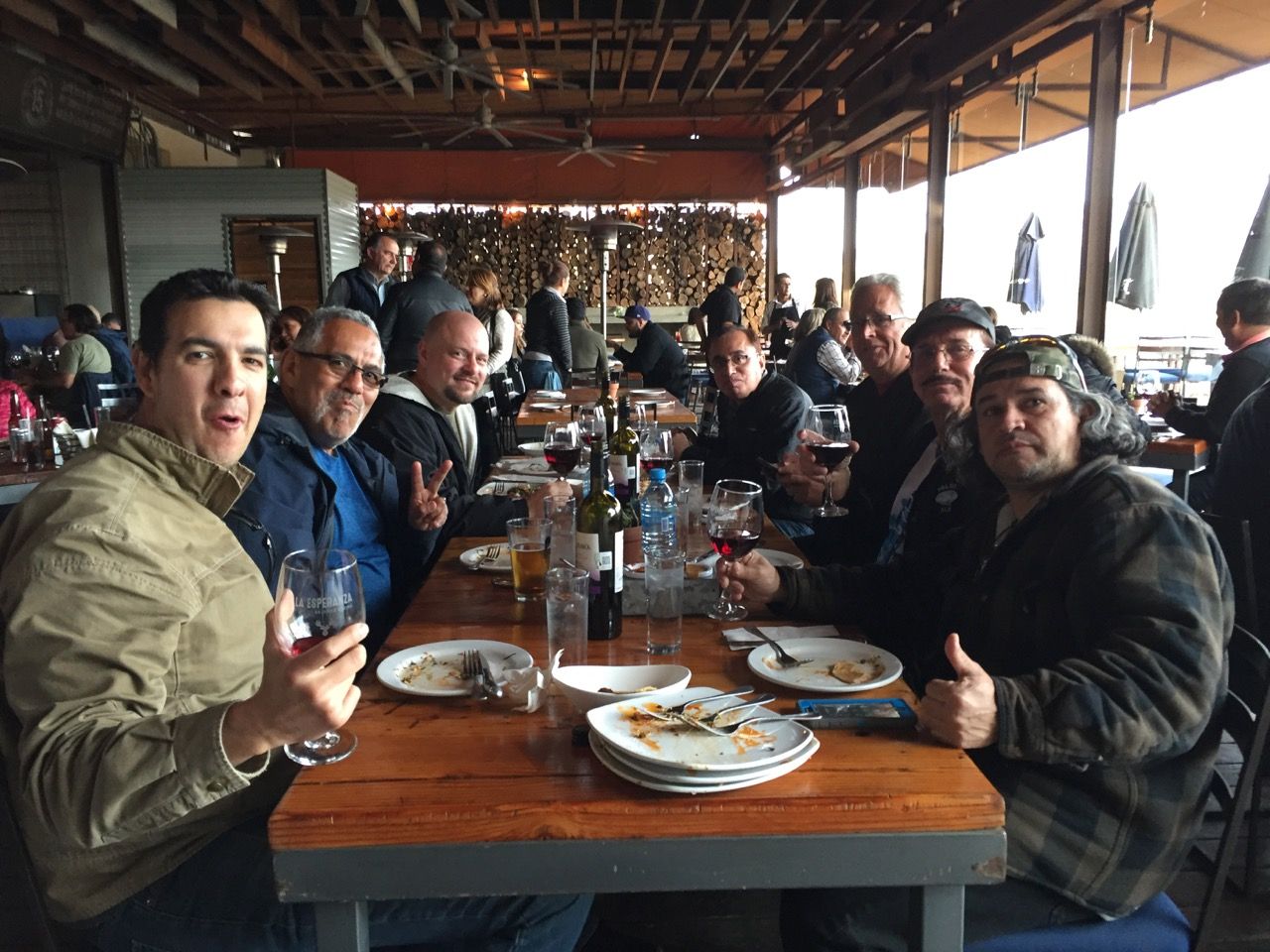 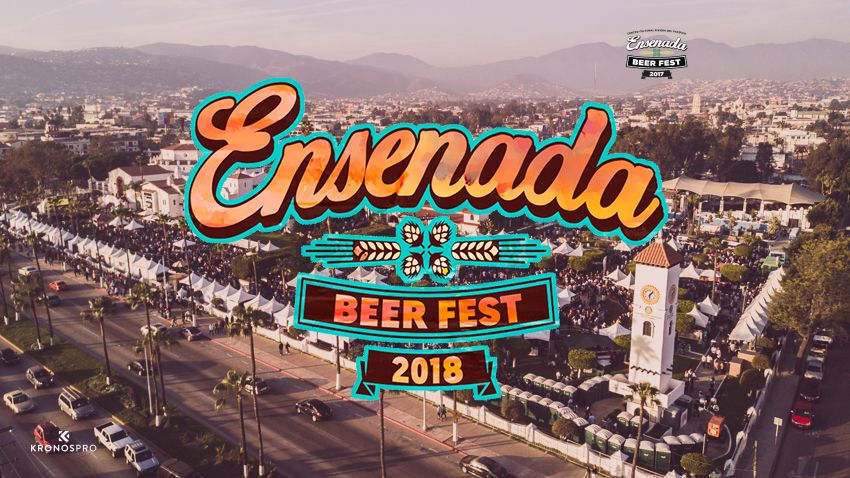 It was Saturday morning. Ten minutes before my alarm was set to ring I was already up and stepping into the shower. The excitement of riding with great friends, old and new, sent me going in record time.

The bags, packed the night before, were loaded onto the bike and 20 minutes later, I was riding out to meet one of the other riders, Tom White for breakfast.

St. Patrick’s Day is always a fun day in the United States. Restaurants serve up faithful Irish meals amongst the decorations and green dressed servers.

By 7:20 am we were breakfasted, caffeinated, and making our way to Irv Seaver BMW to meet another rider, Jessie Vaca and his incredible BMW K 1600 B. Tom rides a rugged R 1200 GS Adventure and I ride the BMW S 1000 XR.

It seems Tom and Jessie were equally excited as we left Irv Seaver BMW in Orange County, a little before 8 am, to meet the rest of the group at a South Orange County spot. 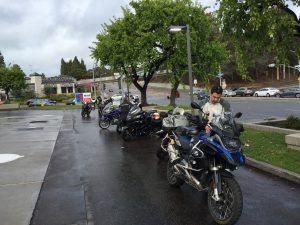 In Lake Forest, Bikram Mann on his R 1200 RT, Nico Okoneski on the Triumph Tiger 800, with Enrique Giner, and Trino Caicedo on R 1200 GS Adventures were eagerly awaiting our arrival. Dale Sprosty on his R 1200 ST arrived in Ensenada, on his own, a day early.   He began a fact-hunting mission along with enjoying the Beer Fest, Friday evening.

Heading south, to the border, the group encountered light rain and drizzle. Ordinarily, a little rain is no big deal, but on California Freeways, on a holiday, the risks inched up. In leading the group, we were going to take it easy. We would forego any lane-sharing as the painted lines and reflector pucks would be slippery. More perilous is that California drivers are less capable in wet conditions. Fortunately, traffic was light.

We arrived at the border and crossed without incident. We all commented on the steel half-cantaloupes at the crossings and our techniques for navigating them as the bikes slipped on their wet surfaces.

Wonderfully, once we crossed the border, the precipitation abated, and we were in chilly but dry weather and roadways.

The run south of the border on the “Scenic Highway” is always spectacular. Riding the stretch between La Fonda and Ensenada, one feels transported to CA-1 and Big Sur found on the Northern California coast. The roadway is smooth and fast with a series of three toll-booths along the way. Riding a motorcycle in Mexico is fantastic. One of the simple affirmations of that is paying half the price of cars on the toll roads throughout the country.

The ride was exhilarating and those who were taking it for the first time were visibly beaming from ear to ear.

The group safely arrived at the Quintas Papagayo Hotel around 12:30 pm where we met Dale.

Most of the rooms were not quite ready, but one was, so we used that to unload our bikes, clean up, change, and get ready for one of the best afternoons we’d ever experience. Once changed and ready for a great afternoon, we arranged a van taxi to take us to the Beerfest event grounds at the celebrated Museo de Historia in Ensenada.

Beerfest started at 2 pm and we were among the first ones inside. We were warmly greeted and received our glass and a couple of tokens for samples.

As the event gained momentum, the grounds began to fill with a vibrant and classy crowd roughly equal between men and women. There were many dozens of craft cervecerias (breweries) on display as excellent bands played on three stages at the event.

Everywhere we went, we were surrounded by beautiful people who shared a passion for good times, great music, and the elixir that Benjamin Franklin remarked was proof of God’s love and desire for us to be happy.

Throughout the afternoon and early evening, it was a delight to see the warm smiles on Bikram, Dale, Enrique, Nico, Tom, Trino, and Jessie’s faces.

The best thing about an event like this in Mexico is that there aren’t any problems, drunk brawlers, or fights that is so typical in the US.   There was no ego or arrogance. All you see is people having a great time, everywhere.

At 7 pm that evening we had dinner reservations for Mr. Pampas Brazilian Churrascaria. The group feasted on perfectly cooked meats and Brazilian caipirinhas. After dinner, we hired the same Taxi Van back to the hotel. Though some, including myself, clocked out early, several true adventurers continued the party by returning to the Beerfest and later, the bar adjacent to the hotel.

This group knows how to party!

The following day, we enjoyed breakfast together and decided on our riding plan for the day. Jessie and Nico went to La Bufadora while the rest of us headed east on Mex 5 toward San Felipe on a wonderfully twisty road that reminds one of Angeles Crest Highway (CA-2) from La Cañada to the tunnels.

The road surface was perfect, traffic was light, and lean angles were sweet as we traversed the roadway both directions.

At 4 pm I arranged a van and our driver from last year, Alejandro to take us to L.A. Cetto winery for a tour and tasting and then dinner at La Esperanza Baja Med.

L.A. Cetto is Baja California’s oldest and largest winery. Our guide Daniel took us through the entire winemaking process from the grapes on vines to bottles for sale. The tour was educational, informative and filled with good humor.

A section of lawn had signs posted that read “No Pisar El Pasto.” I decided to have a little fun with the group by saying this read, “Don’t piss on the lawn.” While Jessie and our guide Daniel were giggling, Dale and Bikram began a lively discussion on why signs like that would be necessary.

As if on cue, Daniel began to tell the story of the after harvest party that goes on from noon to midnight every year. I added that sometimes people couldn’t make it all the way to the baño so they would relieve themselves on the lawn behind the statue of the Virgen de Guadalupe. More smiles and laughs came from our guide along with Jessie, Trino, and Enrique.

I had to let the guys off the hook and told them it actually means, “Don’t Step on the Lawn.”

We went to sample some wines produced there. We obviously liked some better than others. We said our thanks and goodbyes to Daniel and hurried off to La Esperanza BajaMed. The Executive chef is Miguel Angel Guerrero. He sources all of the foods locally, within 100 miles of the restaurant. In the mornings, Chef Miguel Angel is often out with his shotgun gathering ducks to serve up later in tacos. Chef Miguel Angel is also an avid motorcyclist who rides a BMW R 1200 GS Adventure all over the world.

We were treated like VIPs with wine and appetizers coming quickly. We also were welcomed to walk the grounds and take photos.

Dinner was served up Mexican Style. Seven entrees were ordered, so everyone had a little bit of everything making our tastebuds dance.

The meal and especially the company was exquisite.

After dinner, Alejandro took us back to Cerveceria Transpeninsular to enjoy some more good times and excellent beer.

Several of the boys enjoyed a unique brew with 18% alcohol.

We were later joined by Nadja Castillo who helped arrange the evening and can outdrink most of us. Alejandro’s wife Marianna also arrived to make for an even better experience.

The following morning, we packed up and rode out to El Meson de Mustáfa for an excellent breakfast with Sharim Ali. Mustafa owns a small vineyard and bottles up some excellent wines. He also has the very popular restaurant that’s been a regional hotspot for decades.

His daughter Sharim now runs the restaurant, but Mustafa often comes in to socialize with guests and friends.

Concluding Breakfast, this group of incredible friends headed north to Tecate. The road up is a high-speed thrill ride that was the perfect way to cap a brilliant weekend in Baja.

Crossing the border demonstrated another reason why Motorcycles are perfect for Mexico. We passed 4 hours of cars waiting to cross back by riding right up to the front of the line. Filtering to the front can be done at any of the border crossings.

Once across the border, we rode Campo Road (Hwy 94) from Tecate to Jamul, where they have a Starbucks Coffee. We said our heartfelt goodbyes and went our own way.

I am so grateful to have led these wonderful riders and friends across one of my favorite regions of the world.

Can’t wait to do it again.

From September 29th to October 18th, 2018, I’ll be leading a group of intrepid riders into some of the best and most amazing parts of Mexico. It will coincide with the 22nd International Motorrad Federation Mexico’s Convention taking place this year in Morelia, Michoacan. It will include a full run on “El Espinazo del Diablo”, one of North America’s Greatest Roads, and visits in San Carlos, Cuernevaca, Cosala, Queretaro, Durango, Batopilas, Copper Canyon, Mazatlan, Tequila, Xilitla and the Garden of surrealist Edward James, Hermosillo, and Guanajuato.   There will be approximately 649, 864 awesome corners we’ll take on this trip through some of the most beautiful parts of Mexico. Bring fresh tires!

This will be the trip of a lifetime! Contact me for details.